Here is a new Father’s Day Gallery for 2021. Using seamless white style and featuring Father’s and their families showing all the love and fun a Father brings to each of their lives!

Father’s Day was founded in Spokane, Washington at the YMCA in 1910 by Sonora Smart Dodd, who was born in Arkansas. Its first celebration was in the Spokane YMCA on June 19, 1910. Her father, the Civil War veteran William Jackson Smart, was a single parent who raised his six children there.

It never fails to get a “Yeah you’re right,” shrug from a Dad when I see their smiling yet reluctant faces come through my studio door when I remind them that “John Wayne was a actor.” Somehow it helps to remind them that even the most manly of men have enjoyed being in front of the camera.

As the world turns it’s face to show a better side more and more guys are becoming more and more comfortable in front of the camera, which is great! Without pictures how could we give a face to the stories of our Dad’s teaching us the little big lessons we all need to survive, even if we are a little worse for wear afterwards.

Let’s have a looks at our Dad’s! These pillars of hairy faced huggers. These heroes of the jar that needs to be opened. Our security blankets of big bellies or hands that give us comfort knowing that this big bear his here to protect me, these men who allow our heads to rest at night while they worry and prepare for us.

Ask yourself, “How many things don’t I know about, that my Dad did for me and never said a thing?”

For Your Consideration: Father’s Day 2021

Tom comes into my studio as all Dads do…the last in line. By the first meeting of his wife, Melonie, I had Tom pinned. If I think about it, I knew what kind of man he was when I first posted on Face Book about looking for Fathers to be in my blog and shoot. She had her date booked before the post was even published.

Think about that. She wanted this done for him so badly she jumped on the opportunity the way that only a wife of a good man would do. The kind of man that makes his family excited to celebrate him. And Emma’s brilliant little hand grasping her Fathers says volumes to which I can only guess to, that Tom has showed his Daughter what a fine example of a man is by example.

The first rule of being a man, “A man leads by example.” 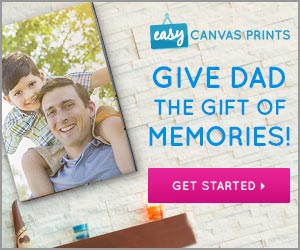 I think I can understand Jeff by his children alone. Having your photo taken is a bit awkward for everyone I think. But how they deal with it shows a lot about their quality. Nervous, both his beautiful daughter and handsome son, came into the studio and were able to pose, smile AND be natural all at once.

Without fuss or an roll of the eye both of his children got through the shoot with their heads up and happy to do so. What this tells me is that they have had a strong example of what it takes to thrive in a world of adversity and uncomfortable situations. With this kind of attitude and ability to cope I can tell that, if they want, the world and everything on it can be theirs one day.

And by no little amount of certainty, Melissa Huhta, Jeff’s gorgeous girl who booked the shoot, knows amazing when she sees it. Never have I seen her post a picture or go to a place without her Jeff close in hand. I hope Jeff knows what he means to people in his life and the great deed he has done by being a great man to them.

“A man leads by example.” 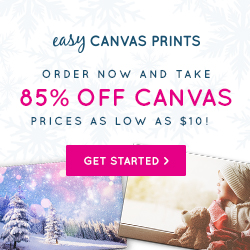 Um….how to write this….so…Ben has a LOT OF KIDS. But what Mr. & Mrs. Behnke also have a lot of as well is heart and the ability to “love it all.” All the personalities, demands, needs, the bills the struggles, the endless car rides and not to mention the holidays.

The five daughters, beautiful and full to the brim with personality, his young son who showed us all that the camera would not be a issue for him, his incredible wife that accomplishes more in a day than I do in a week. Now look at Ben, not a bad lookin guy at all with six kids! I myself have two boys and I look like and old sailorman compared to him.

Ben’s looks tell us again, a lot. It says he loves all of it. All the good. All the bad. I think it just doesn’t weight him down, he is a professional father, an amazing example of how to do things right. For any of us men to be great Dad’s or the Father’s we really want to be, don’t look for a book or video, don’t listen to what they say on tv or in magazines. Simply copy what Ben has continued to do and repeat it. I promise you if that is the only thing you every do to be a good Dad then everything will be ok.

“A man leads by example.”

This is what I call my "Photo Dojo." Here I will talk about all the people, info and products that got me started along with what I have found to work and not work.

Best friends come in many shapes and sizes. But each is completely different from the next and that is what makes it so fun to photograph. Enjoy my BFF photography shoot! Welcome Kelson & Storm Here’s a great odd couple. Kelson and Storm are probably some of the funniest and closest friends you can find….

My new Mother’s Day photography Portraits for 2021 are looking amazing! Using the “seamless white” style to create simple portraits with a touch of modern fine art. We’ll talk about why “seamless white”, what the endless possibilities are and the photos, Mom’s, daughters and more to be seen in this gallery blog!

How to become a photographer in 2021